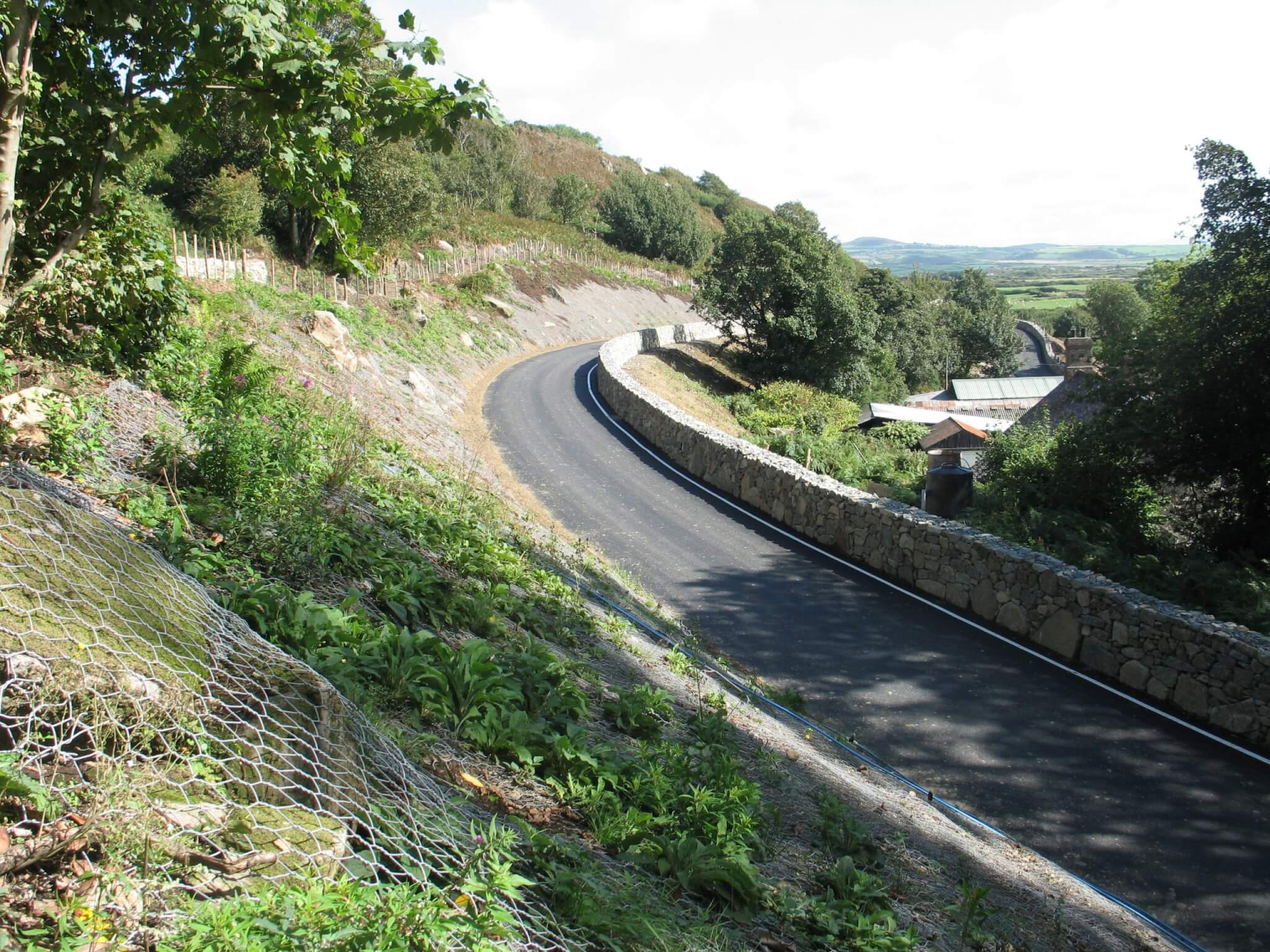 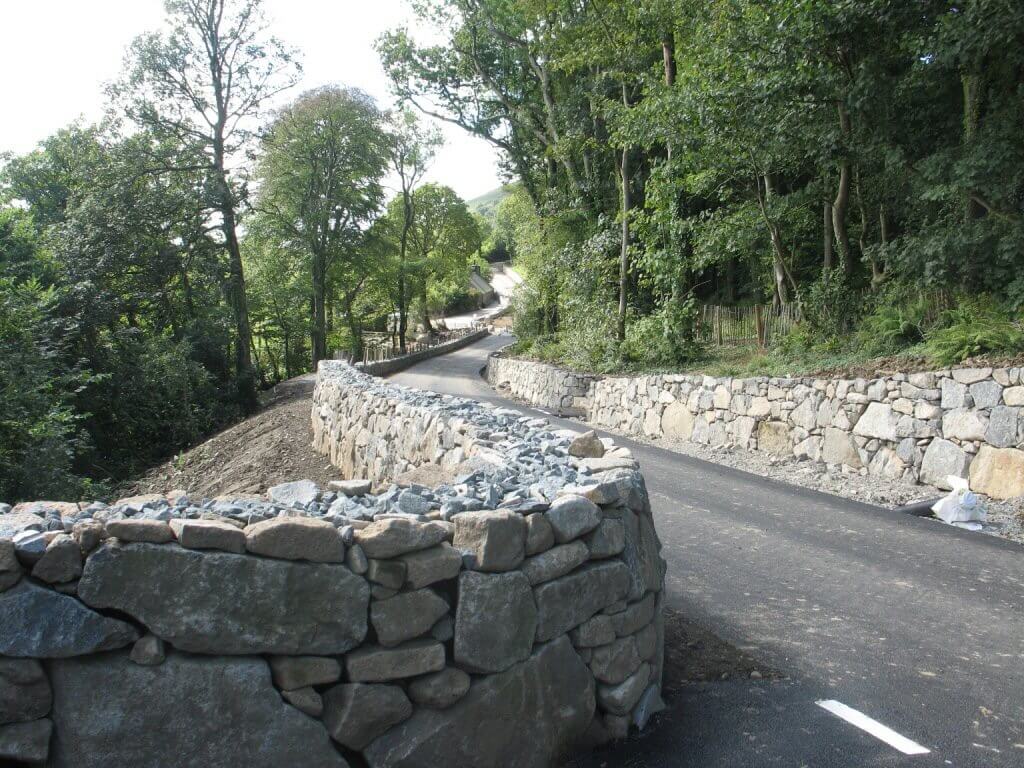 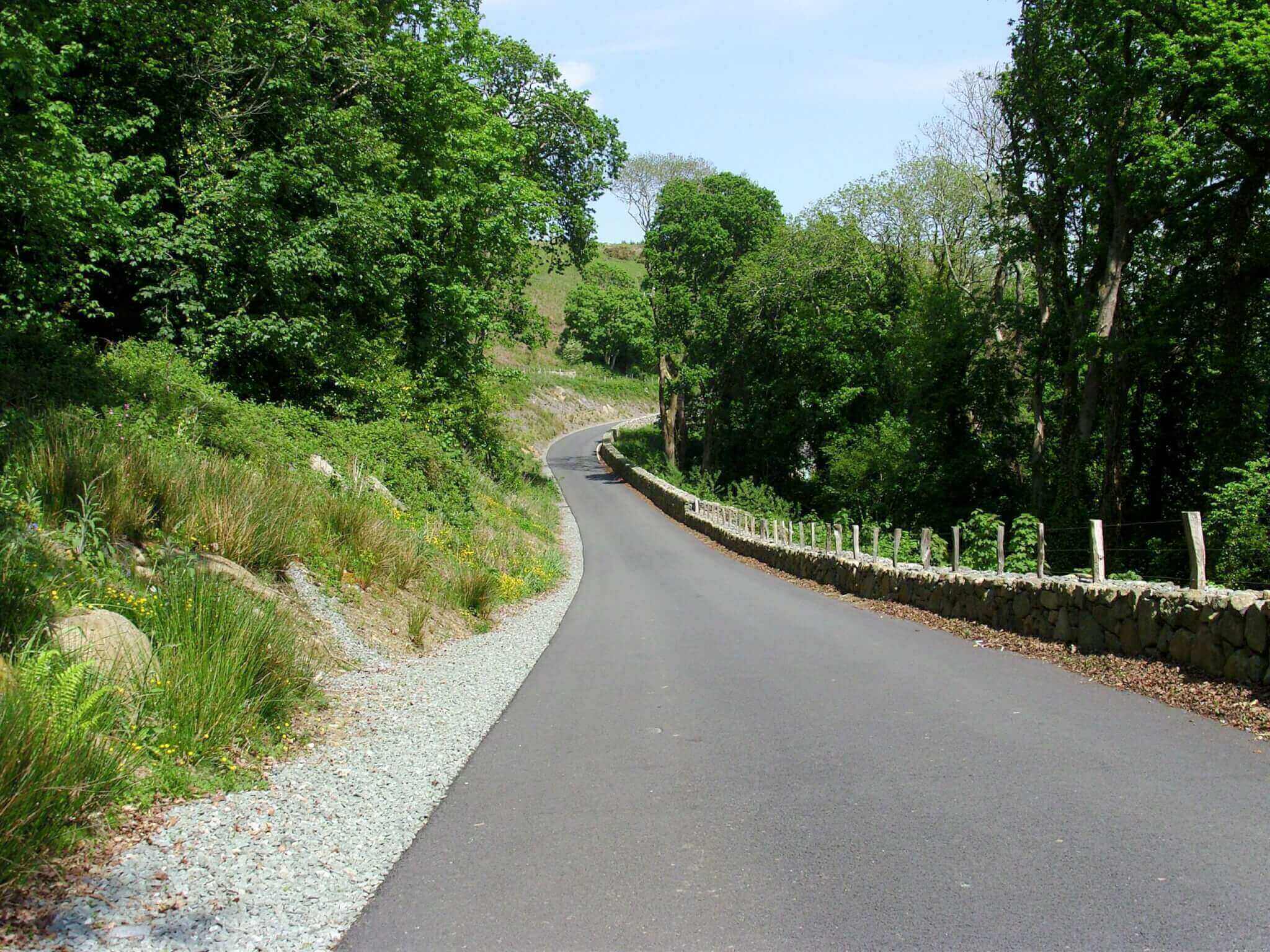 The Class 3 County Road, which links the community of Rhiw with the Town of Pwllheli, was severed in December 2000 following a landslip. Until the construction of the new road, the existing road had been closed for nearly 6 years and although alternative routes existed, these increased journey times to and from the village and other areas of the Llyn Peninsula. The alternatives were generally less than 4m wide and were not considered as suitable replacements without significant improvements.

As the scheme is located within an Area of Outstanding Natural Beauty, and part of the Plas yn Rhiw estate, environmental matters were of prime concern throughout the feasibility, design and construction phase. Consultation with all environmental statutory bodies as well as the National Trust (NT) has taken place throughout the feasibility and design phase. Continued liaison has taken place during construction with site visits being arranged and with the NT, as major stakeholder in the scheme, being present at monthly progress meetings.

Various ecological surveys for bats, badgers, dormice and other flora and fauna were undertaken as part of the environmental statement and were updated on a regular basis. Traditional horse extraction was used to carry out some of the timber to minimise the damage to the woodland. Woodland plants were also trans-located from within the working corridor to various locations within the woodland and around Plas yn Rhiw grounds.

A design objective was to remove as little as possible of the woodland trees. The result of this can be seen in several areas throughout the route where mature trees lie close to the new road, further integrating the road into the landscape. Any trees that were removed were either taken by the NT to be processed or left in the woodland as dead wood hanitatpiles for any array of wildlife.

Integrating the scheme into the land­scape was a major design objective from the start. To achieve this, the building of several types of dry stone walls throughout the scheme has been implemented, all built with local Rhiw stone that was won on site and processed to appropriate sizes. As all the masonry stone required was produced from site-won rock and large boulders and processed to appropriate size, no import was therefore necessary, reducing the need for haulage and contributing significantly to the scheme’s sustainability objective.

Gwynedd Council, with the help of external consultants and Alun Griffiths Contractors, have created a road scheme that has successfully integrated with the surrounding landscape and which has been heralded as an exemplary model for future projects in a rural area.