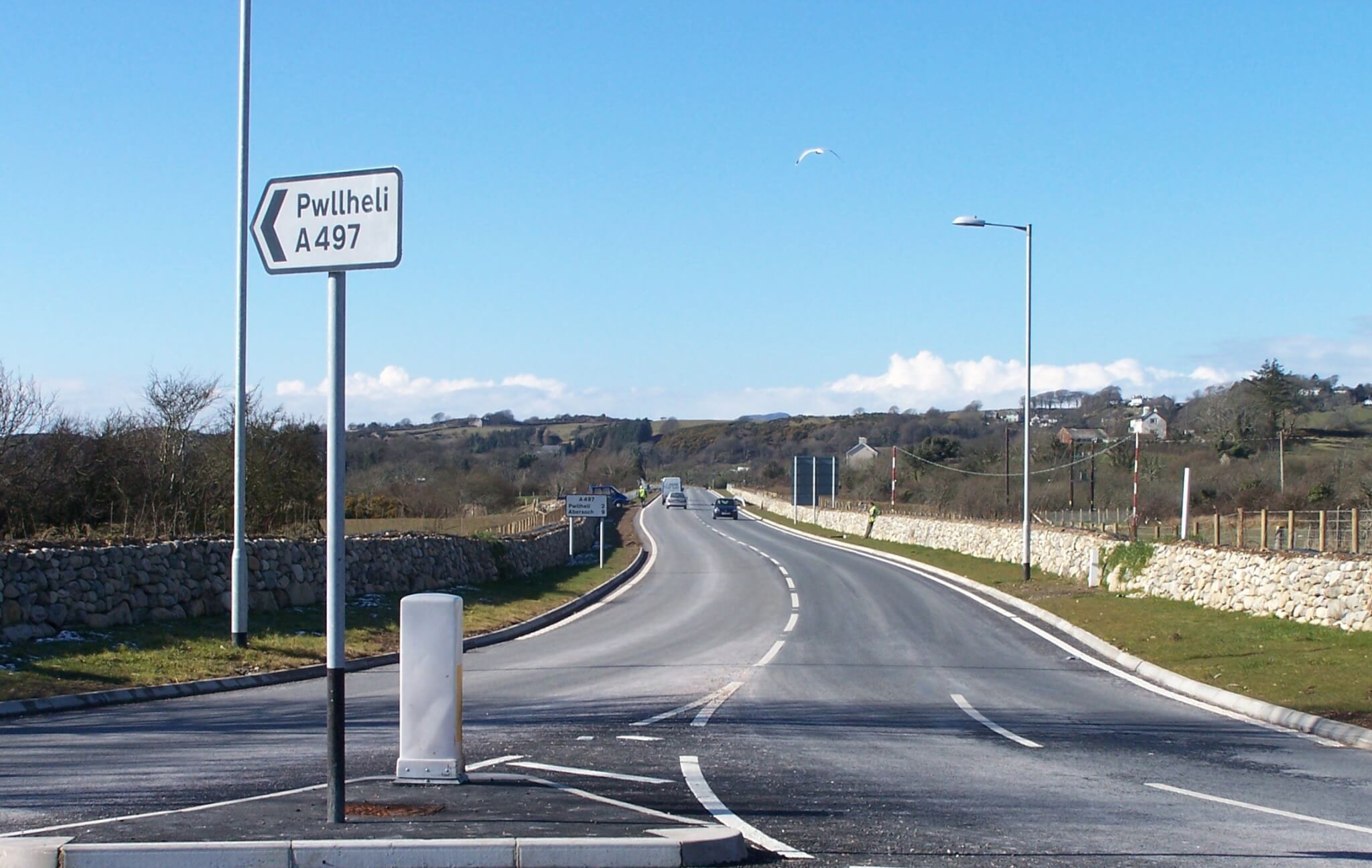 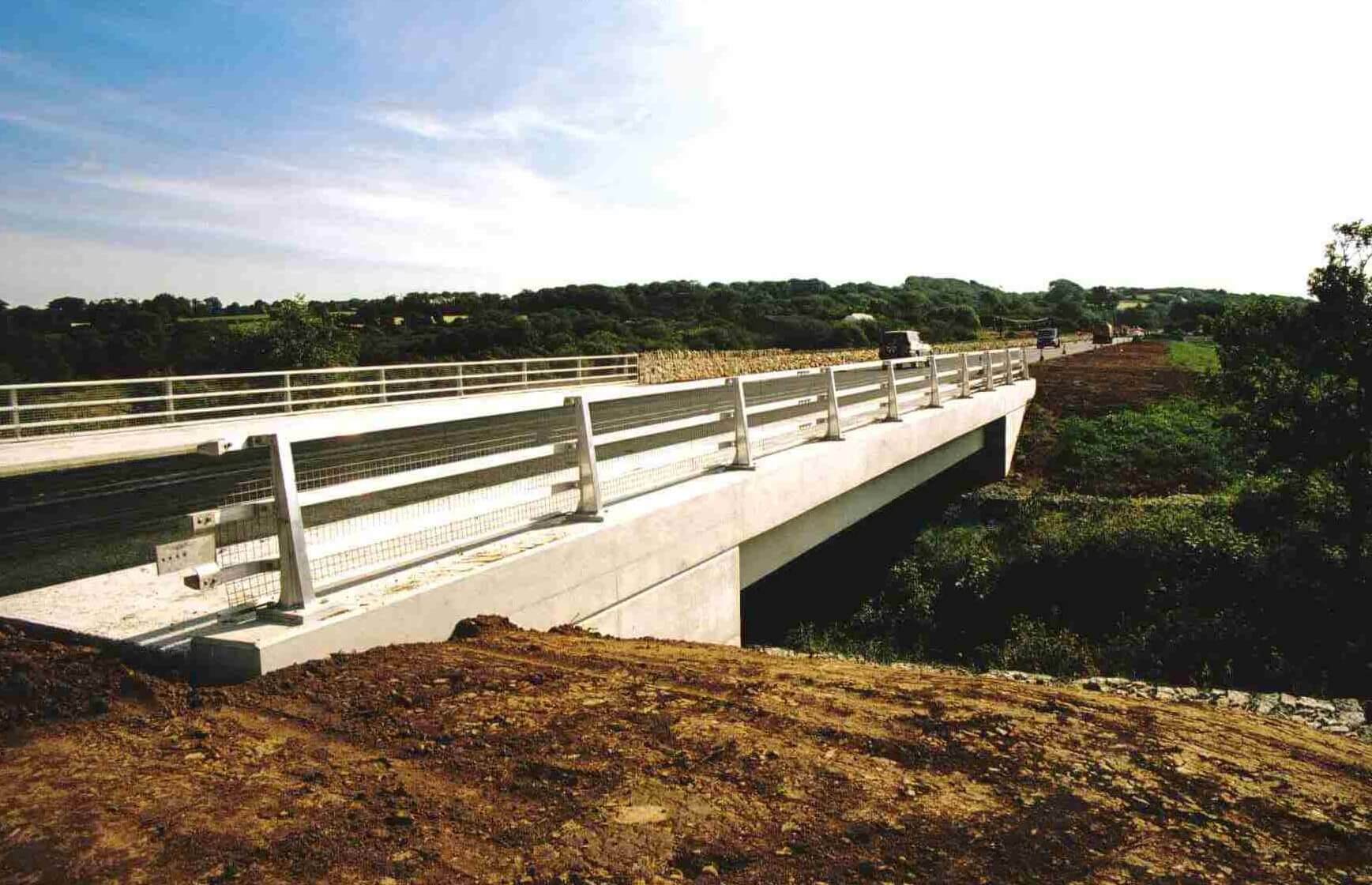 The A497 is one of the busiest and most important County roads in Gwynedd, it links the Llyn Peninsula with the trunk road network.

The road improvement scheme was required to improve safety for vehicles and pedestrians and ease traffic congestion. The section of the A497 road was generally narrow in width, with a tortuous alignment throughout its length and poor visibility. The combination of a lack of overtaking opportunities and high summer traffic flows frequently created congestion, and the potential for accidents to occur and pedestrian/vehicle conflict.

Three new bridges, two river culverts and two flood relief culverts were constructed as part of the scheme. Steel reinforced concrete bridges were constructed at Afon Erch, Afon Ddu (at Glan Morfa) and Afon Wen, with the foundations of the abutments consisting of steel reinforced concrete bored piles. The piles were bored down to the top of the bedrock, which was found at depths of approximately 19 metres below sea level.

The improvement involved the construction of a 7.3 metre wide single carriageway with 0.5 metre hard strips and 2.0 metre verges over a distance of 6.5 kilometres (4.04 miles).

Traditional field boundaries for the area are cloddiau and stone walls. Approximately 5km of cloddiau with native species hedges on top have been built along much of the new highway boundary to immediately assimilate the new road into the landscape, and approximately 4.5km of native species hedges have been planted along part of the new highway boundary to provide wildlife habitat, visual and noise screening. All topsoil removed was stored locally and reused in the verges and landscaping areas.

Wildlife surveys identified a variety of protected species such as otters, badgers, water voles and several different species of bats along the route corridor. Wildlife-proof fences were

erected as protection mitigation where required, and tunnels constructed along known wildlife paths to ensure that safe access was maintained to foraging grounds existing both sides of the road. Removal of trees and hedges were carried out before or after bird nesting season and bat hibernation seasons to ensure minimum disturbance.

An independent auditing body, ‘Considerate Constructors’, assessed the projects performance in terms of consideration, environment awareness, cleanliness, good neighbour, respect, safety, responsibility and accountability throughout the construction phase. In March 2006, the A497 improvement won a Gold Award from the Considerate Constructor Scheme.