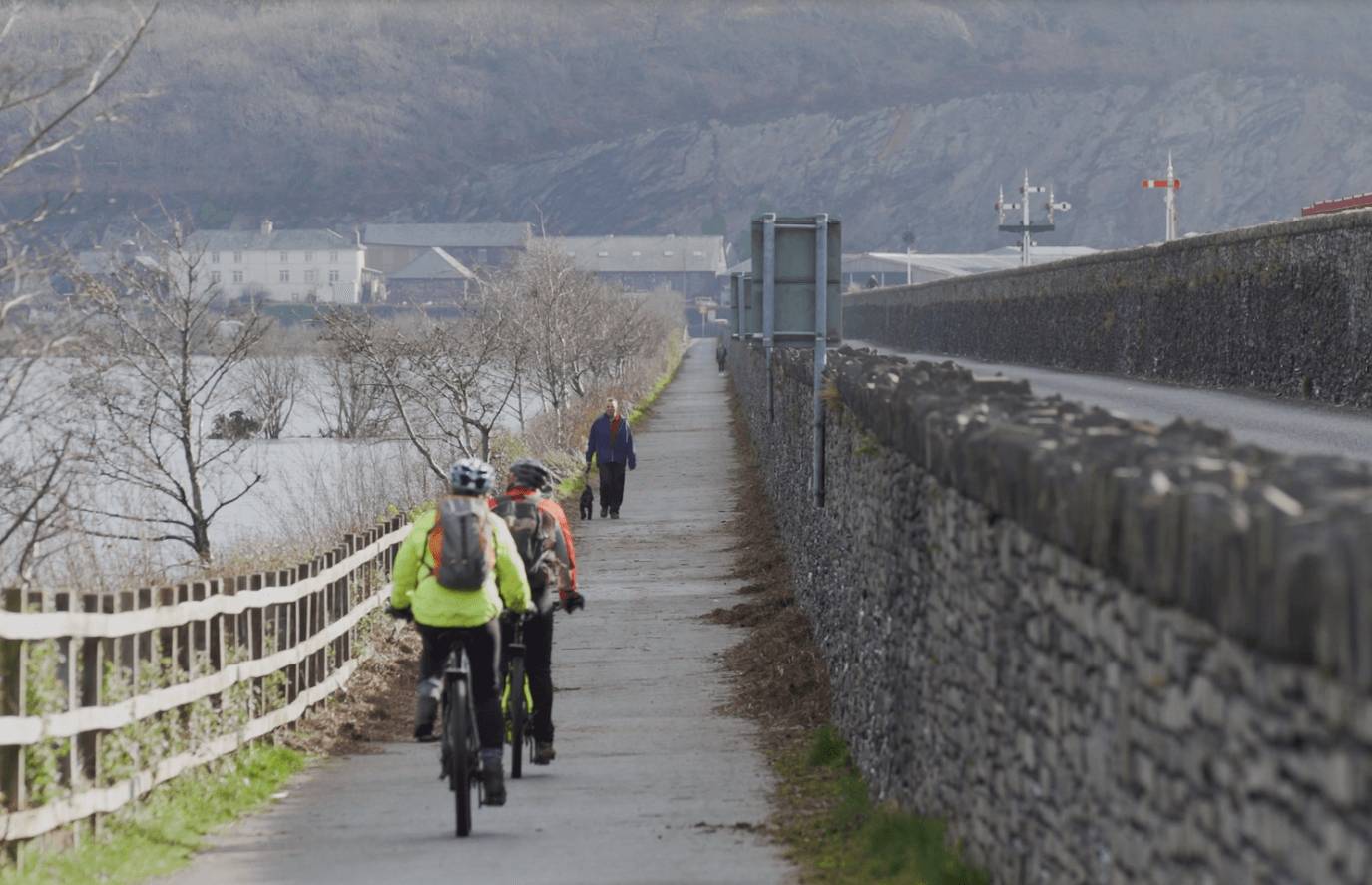 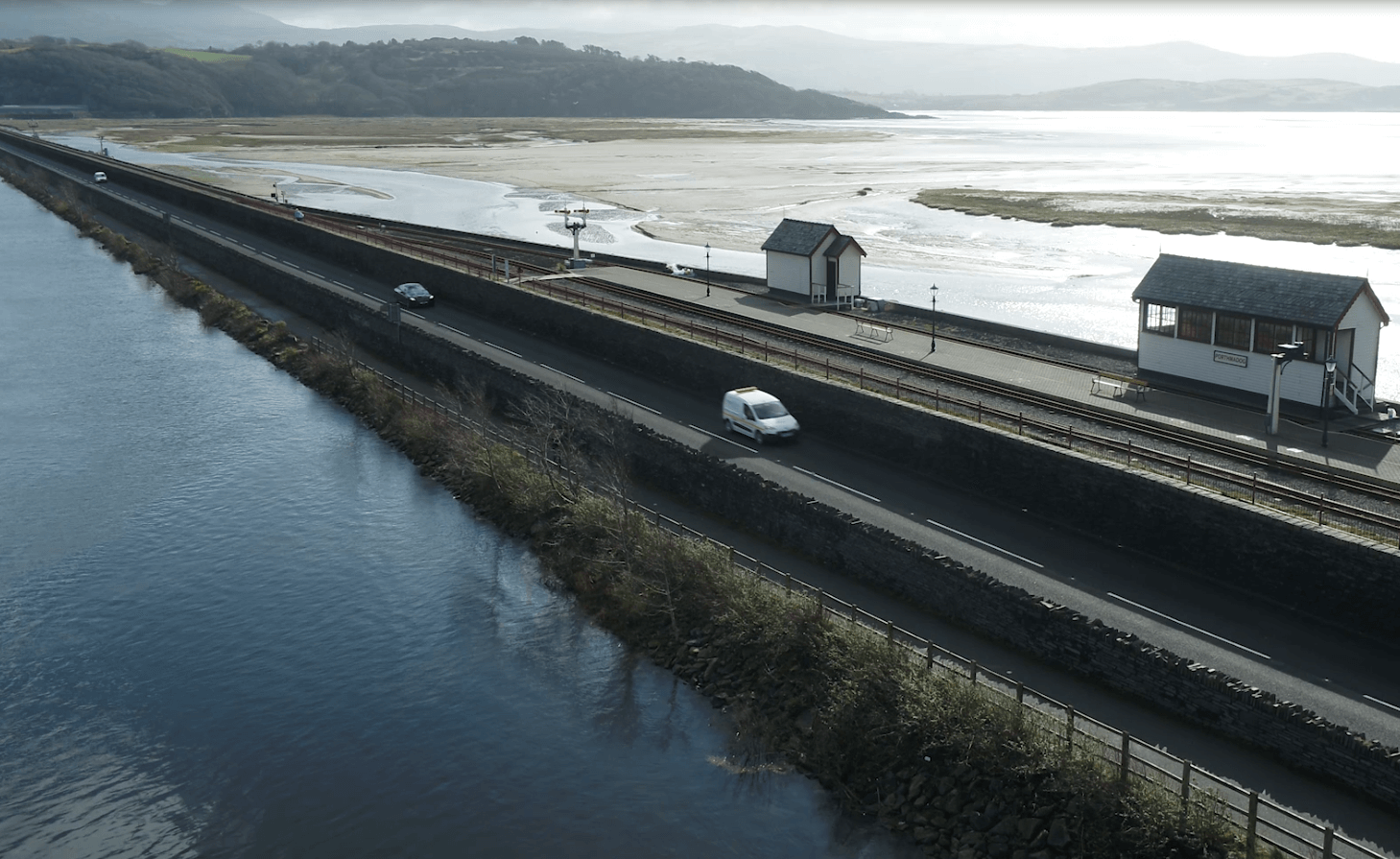 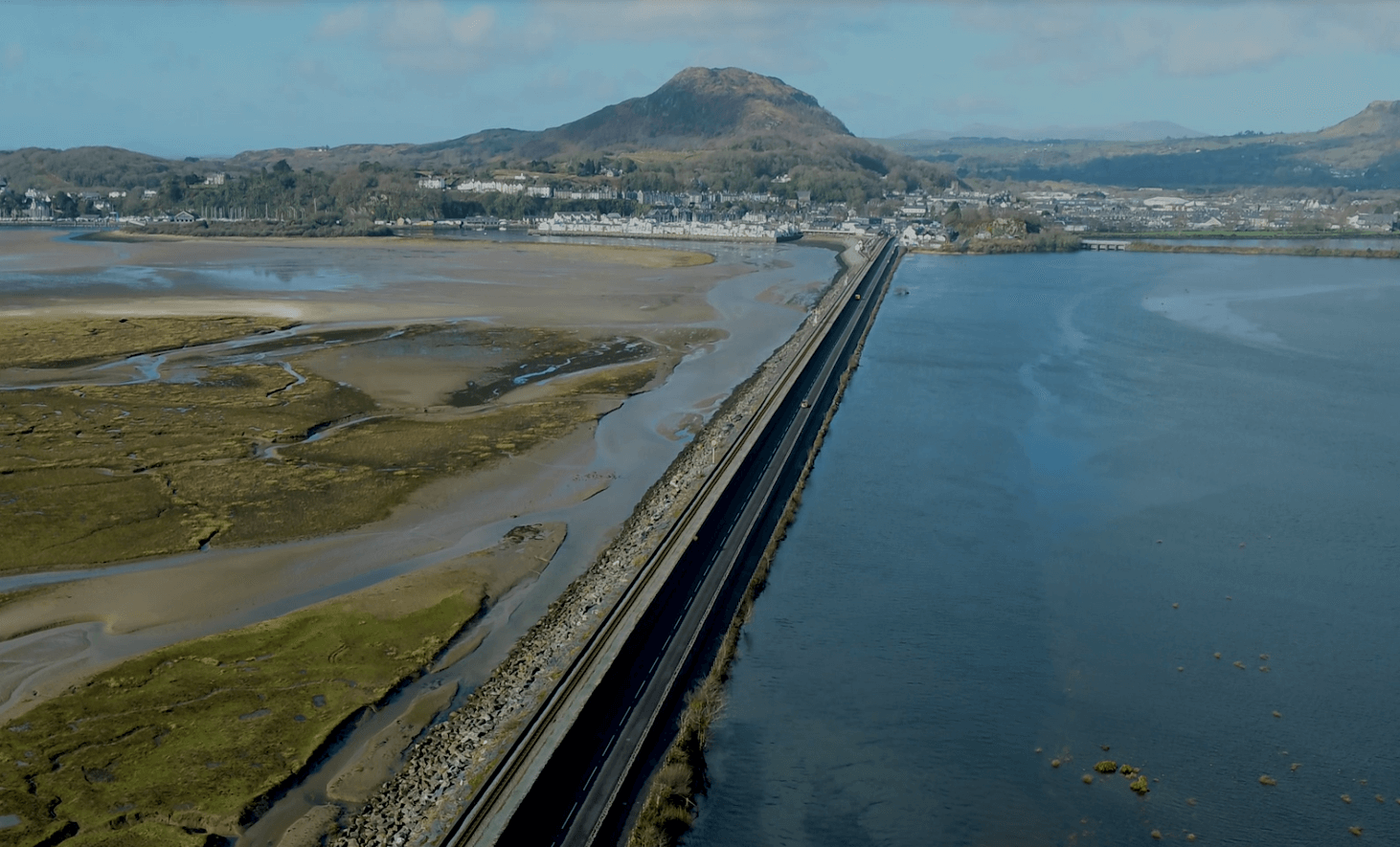 Work commenced on the 1.7km long Cob improvements in February 2001 following acceptance of the £1.1 million Guaranteed Maximum Price based Tender submitted by Mulcair Ltd.  The project was constructed under a Project Partnering Agreement between Gwynedd Council and Mulcair Ltd.

YGC were responsible for the Design of the works on behalf of the Welsh Assembly Government and the Councils Planning and Economic Development Department.  The team also worked in close cooperation with the Countryside Council for Wales, CADW the Environment Agency, North Wales Wildlife Trust and Rebecca Trust.

Due to safety concerns the design also incorporated a new retaining wall on top of the new embankment along with a new masonry faced reinforced concrete parapet wall to separate cyclists and traffic.

This design had the advantage that the previous A487 road, which was only 5.5 meters wide at its narrowest point, could be widened at the same time.  For many years the Cob had been subject to traffic queues due to the problem of two Lorries or buses having great difficulty passing.  Adapting this option enabled widening of the A487 Trunk Road by a minimum of 1.2 members which solved the problem.

Particular constraints on the project were that the works fell within a Site of Special Scientific Interest, the original structure being a Listed Building, working within a river floodplain and having to design for a rapid seepage of sea water through the Cob at high tides.

An environmental study was carried out in 1999 prior to detailed design and the general findings of this study were that the proposed scheme would have minimal impact on the local ecology and landscape.  One particular requirement however was for mesh barrier to be draped over the original within the new wall.

Landscaping was included as part of the scheme and consisted of oak post and rail fencing at the eastern end of the scheme, where a stock proof fence was required.  At the western end a feature stone and planted bio-degradable coir log boundary treatment was been used to soften the appearance of the new embankment.  Additional landscaping and planting was also be provided at both ends of the scheme.

The Cob in Porthmadog is both a sea defence and a transport corridor crossing the estuary of the Afon Glaslyn.  The Cob was originally constructed between 1808 and 1811, by Williams Maddocks.

The Cob is approximately 1.2 kilometres long and was built as a rock-fall embankment across the mouth of the river, which was diverted northwards to flow through tidal gates and into the harbour at Porthmadog.  The original embankment took three and a half years to build and the greatest difficulty was closing the final gap through which both the river and the tide wanted to flow.  This was finally achieved by sinking barges loaded with stone in the gap.

The Cob was later developed by the building of retaining walls to provide for both the Ffestiniog narrow gauge railway line along the top of the structure and the main A487 Trunk Road at a lower lever on the inland side of the Cob.  In the 1970s the predecessors of the Environment Agency tipped material along the inland side of the Cob as emergency works due to concerns about the state of the retaining walls.

The original design brief was to provide a footway and cycleway on the inland site of the Cob, forming an important link in the National Cycle Network – Route 8 – Lôn Las Cymru, which is the main north – south route for Wales.

Following consideration of various options it was decided to utilise and extend the existing topped material to form an embankment for the full length of the Cob and to construct the cycleway on top.