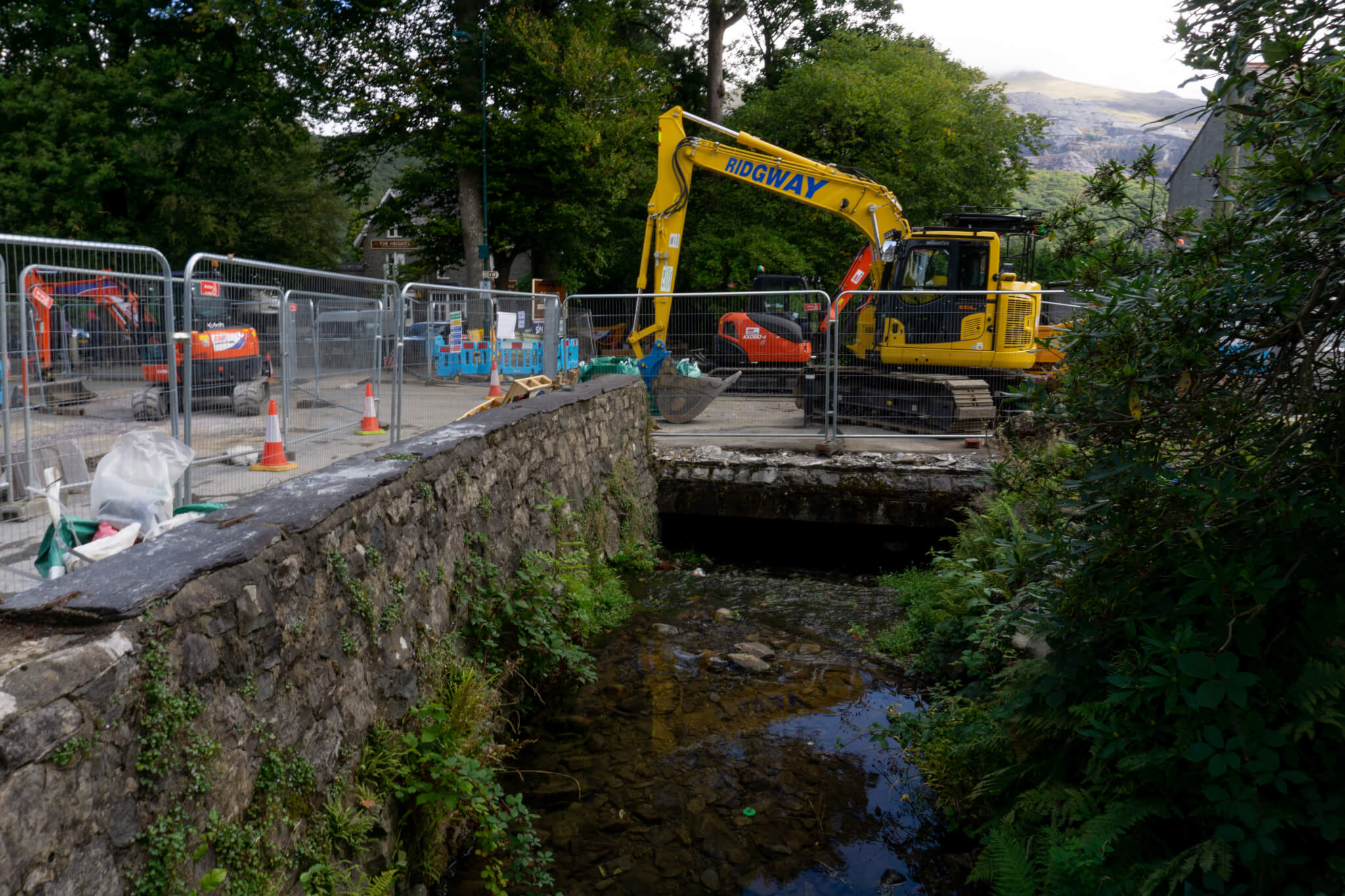 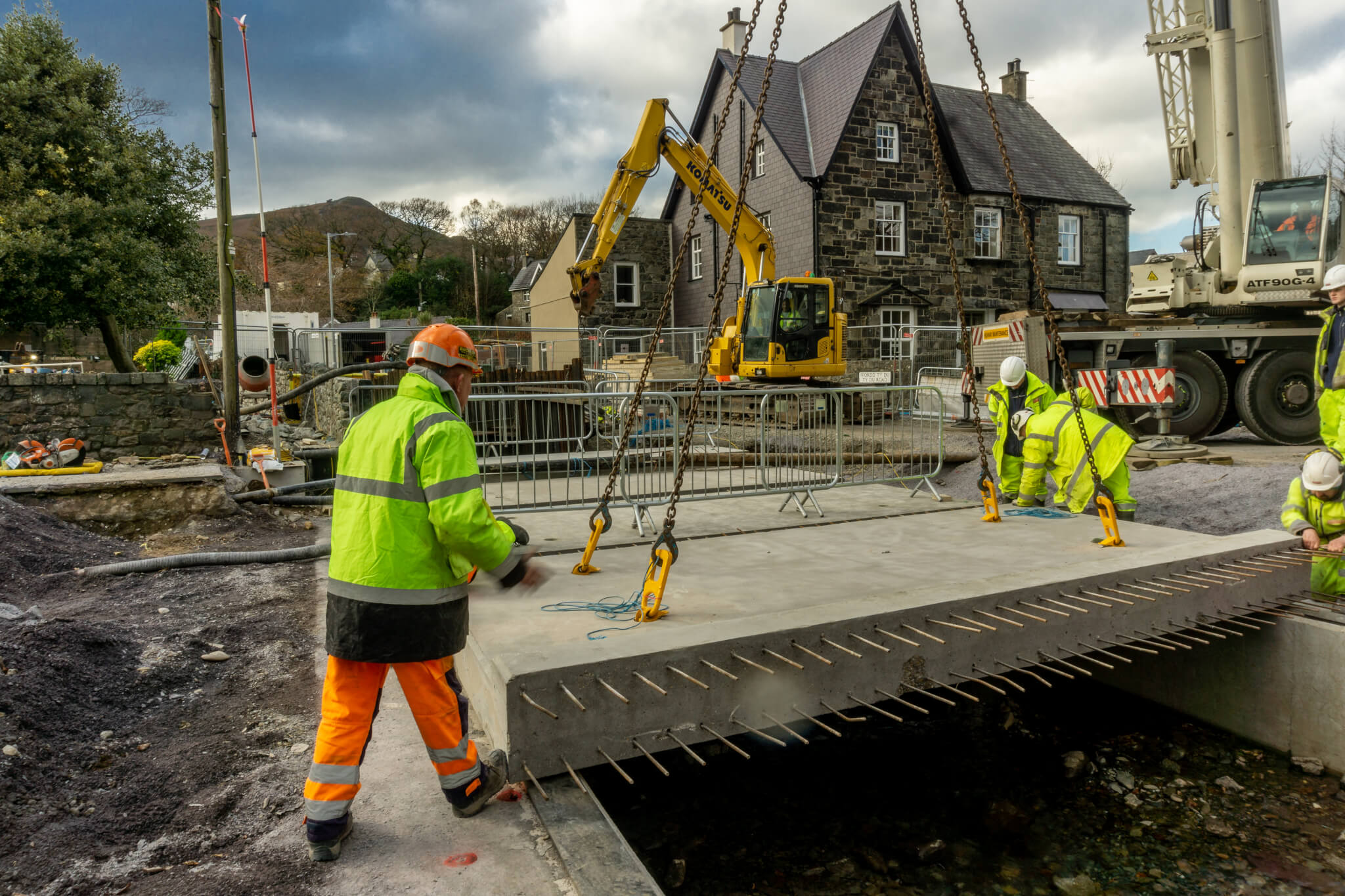 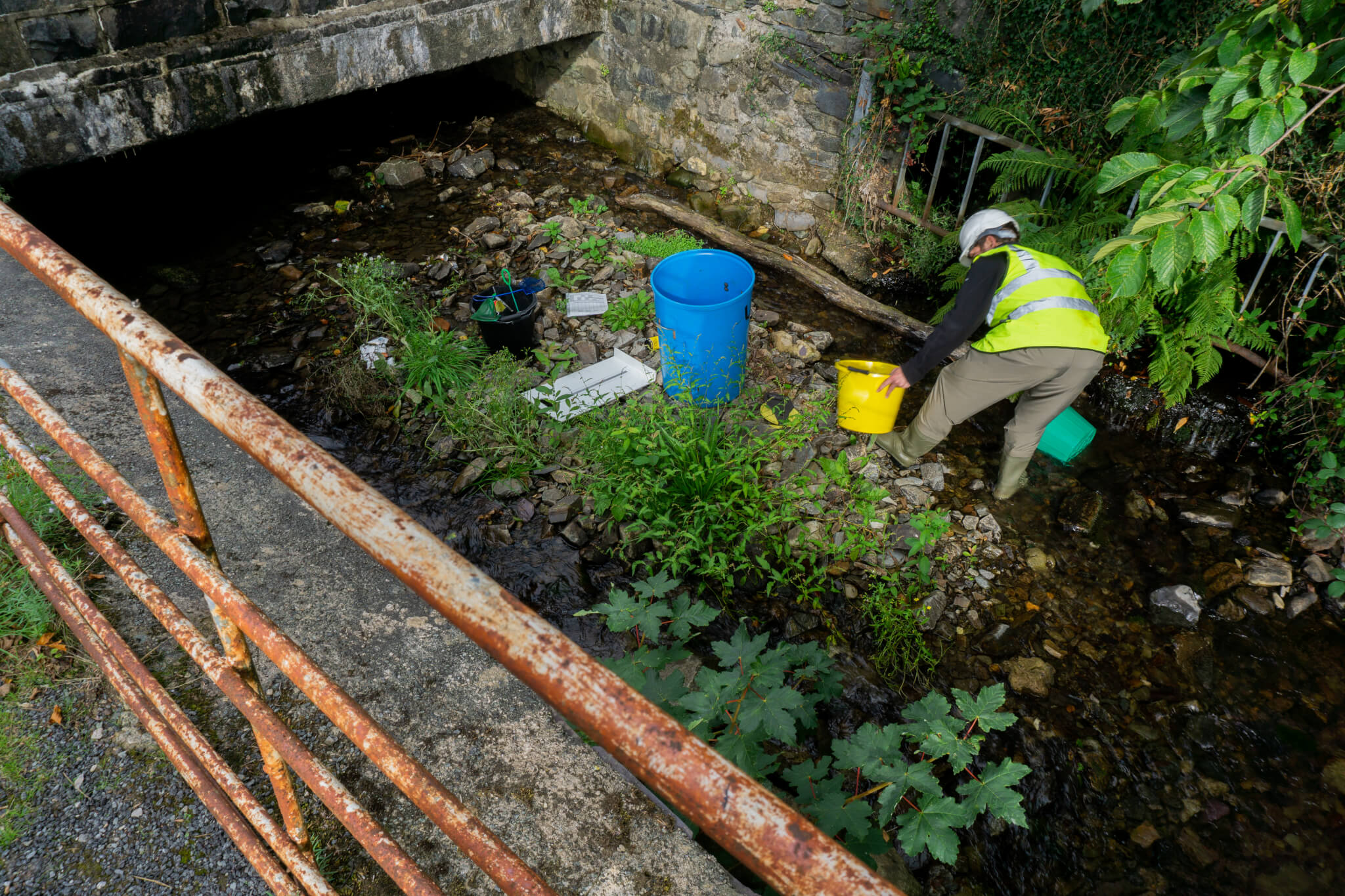 Llanberis is a village within the Snowdonia National Park, at the foot of Snowdon which sees nearly 600,000 visitors annually, where a third use the Llanberis path. It is also host to numerous sporting events through the year, such as the Eryri Marathon. The economy of the village is largely tourism and manufacturing, with Siemens and DMM having facilities nearby.

The Afon Goch flows through the centre of village and discharges into Llyn Padarn. Due to the steepness of catchment area, the river responds quickly to rainfall, and the river can rise rapidly. The village has flooded in the past, with the most recent flooding in 2012. This was caused by a particularly heavy rainfall and a blockage at the high street bridge, with the river breaking its banks at several points upstream.

The existing bridge was an old masonry arch bridge, with two reinforced concrete slab extensions to provide footways for the high street. The bridge opening had a cross sectional area of 1.8m2, and was prone to blockage from debris. A replacement bridge was designed which had a greater span, thinner deck, and removed the arch section. This resulted in an increased opening of nearly 6m2, resulting in improved conveyance in a flood, and reduced water levels upstream.

Following an outline design, a series of hydraulic models were created that simulated a new bridge and higher riverbanks for a 1 in 100-year storm event. This allowed a more detailed design to take place, as we had verified the dimensions of the new bridge opening, and the height requirements for the new riverbank walls.

In addition to the new bridge, a series of walls were constructed along the riverbanks, totalling 270m in length. These walls were not continuous, and would be constructed at points where the riverbank or existing structures were not suitable. The flood defence walls vary in height from 1.0m high to 3.5m high. They were designed according to location and would support hydrostatic, soil, and required traffic loading. Both the bridge and the walls are reinforced concrete, but masonry facing reduces the aesthetic impact of the scheme, and the parapets of the new bridge were salvaged from the old bridge, further reducing the impact of the scheme.

During the bridge replacement phase of the scheme sheet piles were used to isolate the riverbank from the watercourse. This allowed the bridge abutments and nearby retaining walls to be cast in situ. The bridge deck itself was precast elsewhere, and included ducting for services, and in built bat roosts to replace lost habitats.

The natural riverbank was retained as much as was feasible, and additional otter holts, bat roosts, and dipper boxes were installed along to scheme to replace those features that were lost. There was also planting of trees, such as hazel; their roots reinforce the soil against erosion, and are important habitats for insects.