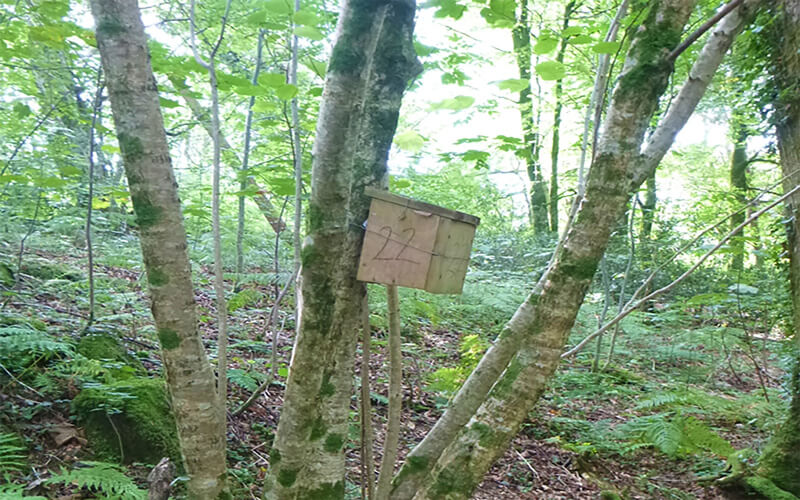 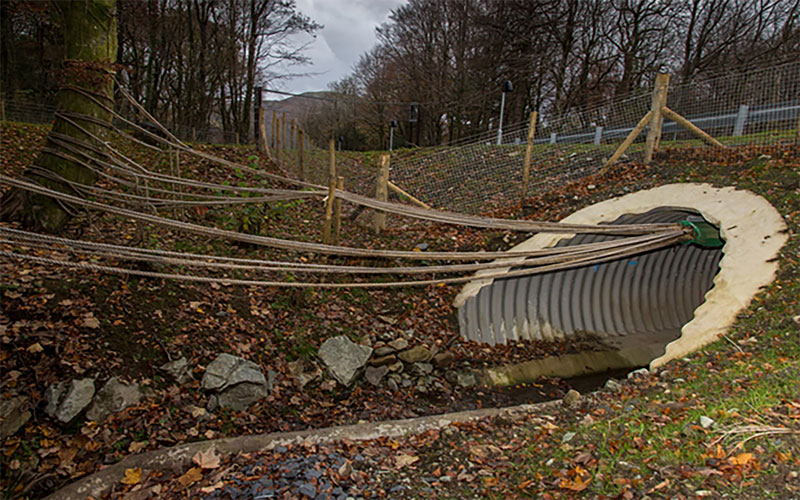 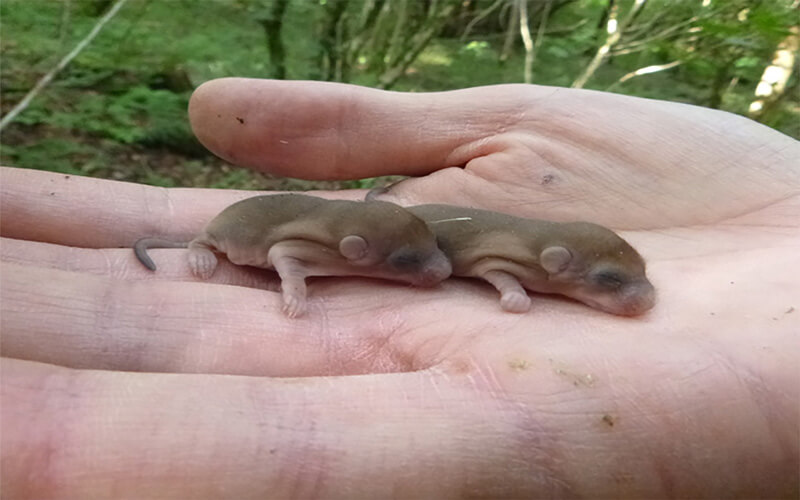 The A470 Maes yr Helmau to Cross Foxes Improvement Scheme was proposed to widen and improve the safety of a narrow section of this major trunk road with no verges, tight bends and limited visibility.

As part of their role to undertake an Environmental Impact Assessment (EIA) of this major trunk road scheme, YGC commissioned a Phase 1 Habitat Survey of the scheme corridor back in 2002.  This identified areas of woodland containing suitable habitat for the hazel dormouse, Muscardinus avellanarius, a European Protected Species.  This led to surveys in 2003 that revealed three hazelnuts that had the characteristic signs of being opened by dormice and one adult dormouse, at the northwest end of the scheme corridor, so the area of woodland supporting this evidence was confirmed as active dormouse habitat.  In 2004, a more extensive survey was undertaken in and around this area, and an old dormouse nest recorded.

As habitat supporting an active dormouse population would be lost due to the scheme, a European Protected Species Licence was required, along with extensive mitigation and compensation.  Unmitigated, the scheme could result in dormouse mortality and the loss of nest sites and foraging habitat.  Any mitigation needed to take into account the biology of the hazel dormouse, which is an arboreal mammal, dwelling in the canopy of trees and shrubs during the summer months and then hibernating in the ground over winter.  The following mitigation was proposed:

Additionally, mitigation and compensation proposed for loss of woodland within the Meirionnydd Oakwoods and Bat Sites Special Area of Conservation (SAC) would benefit the dormouse population in this area.  This included extensive woodland planting of an area greater than the area lost, and management of the suboptimal area of woodland across the road, to increase the herb and shrub layer which will potentially make it suitable for dormice in the future.

The first surveys to install and monitor the dormouse nest boxes were undertaken in 2011, a year before the start of the construction period.  No dormice or evidence of dormice were recorded at this time.

During construction (2012 – 2013), the boxes were also monitored on a monthly basis during the summer months and an adult female dormouse was recorded each year, confirming the continued presence of a small dormouse population within the area.  Other species were also found to be using the nest boxes, including wood mice, blue tits, great tits, wrens and even a pair of pied flycatchers, a species of conservation concern in Wales due to a 50% decline in population in the last 25 years.

The first set of post-construction monitoring surveys is now nearing completion, with even better results.  An adult female was recorded in August 2014, with two infants of 2-3 weeks old.  This is therefore the first record of breeding dormice within the woodland and an indication that the extensive mitigation undertaken has been worthwhile.